J. H. Burdick ran a boarding house in Johannesburg prior to March of 1912 when he sold out to Mrs. All and moved to Atolia to take charge of the company boarding house.  1 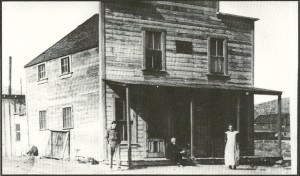